Bangkok is such a convenient country to travel to that sometimes it’s always a place for consideration. When you’re feeling ravenous or in severe need of some rest, relaxation or retail therapy, that’s when the 4Rs kick in.

I’ve only been to Bangkok twice. Though not as much as some frequent travelers, but it was sufficient to leave me with quite an impression. Cheap shopping, Cheap Food and Cheap transport. Who wouldn’t like that!

Below is a list of famous places that people recommended to me so I went to try them out. To make my list more complete and useful to all you readers, I’ve added in some of my  thoughts and comments. Please note that comments are based on personal preference. As everyone has differing taste and views, what I find pretty awesome may not be to some so best is just go try it out and if it’s good, pass the word on!!

Amari Watergate Hotel. The first time I stayed here, the lobby made such a lasting impression on me because of how spacious and clean it was. Customer service was superb and everyone could speak English really well. Rooms were clean, big and I have to give special mention to housekeeping who were super accommodating to our endless request of refilling the mineral water and bath towels in the room! The hotel was conveniently located right across the famous platinum mall. If you need to drop off your buys, take a siesta, the hotel is only a stone throw away.

Neon Night Market in Pratunam (Talad Neon) has opened up on Petchaburi Road, between sois 23 and 29, close to Platinum Shopping Mall. This is a temporary market that recently opened in December 2016! Like all other night markets, they have stalls selling food to clothes to random items. We bought quite a lot of stuff here at a steal. After shopping for abit, we noted a crowd infront of the watermelon slushie stall. 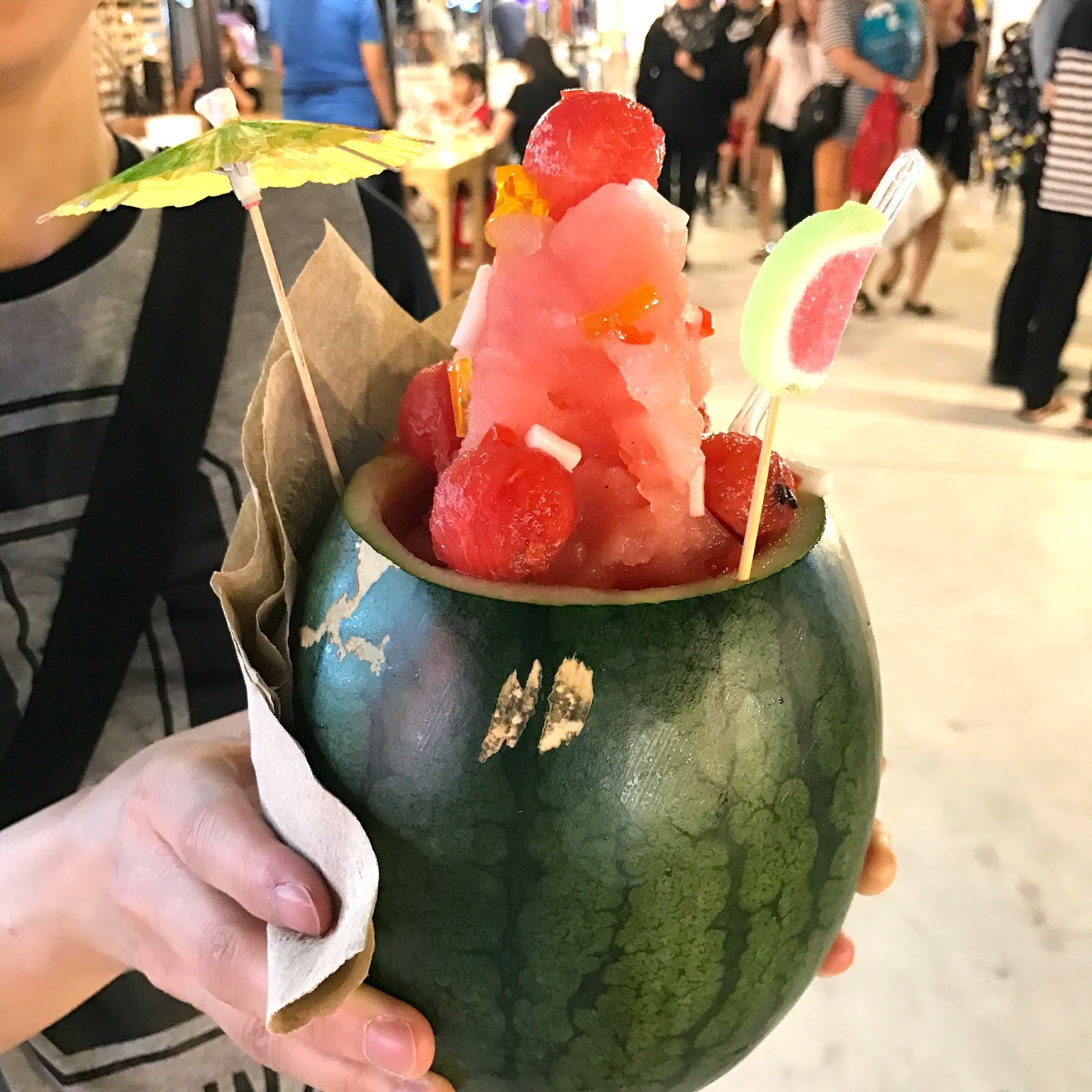 The watermelon is blended with ice and a little syrup and served in the whole watermelon. No wonder people are attracted to buy this. We were one of those who couldn’t resist purchasing one. It helps that we were extremely thirsty too!

This is the mall that will satisfy your every need. I could never understand why 1 day was not enough to finish shopping at Platinum until I saw the mall for myself. There are a total of 5-6 levels. The shops on each level were numbered in clusters in case you saw something and wanted to revisit that particular store.

They have a lot of clothes ranging from Women’s fashion, couple tees, undergarments, coats, to men to children. They have tons of accessories, bridal accessories, tiaras on the top floors ( Great to get cheap but expensive looking jewelry, props if you’re getting married). Most of the stuff there are cheap ( Around SGD$6-$15). But if you buy more than 1 piece of clothing, they usually give you wholesale price. So best to consolidate your buys among friends and bargain down the price you’re willing to pay. 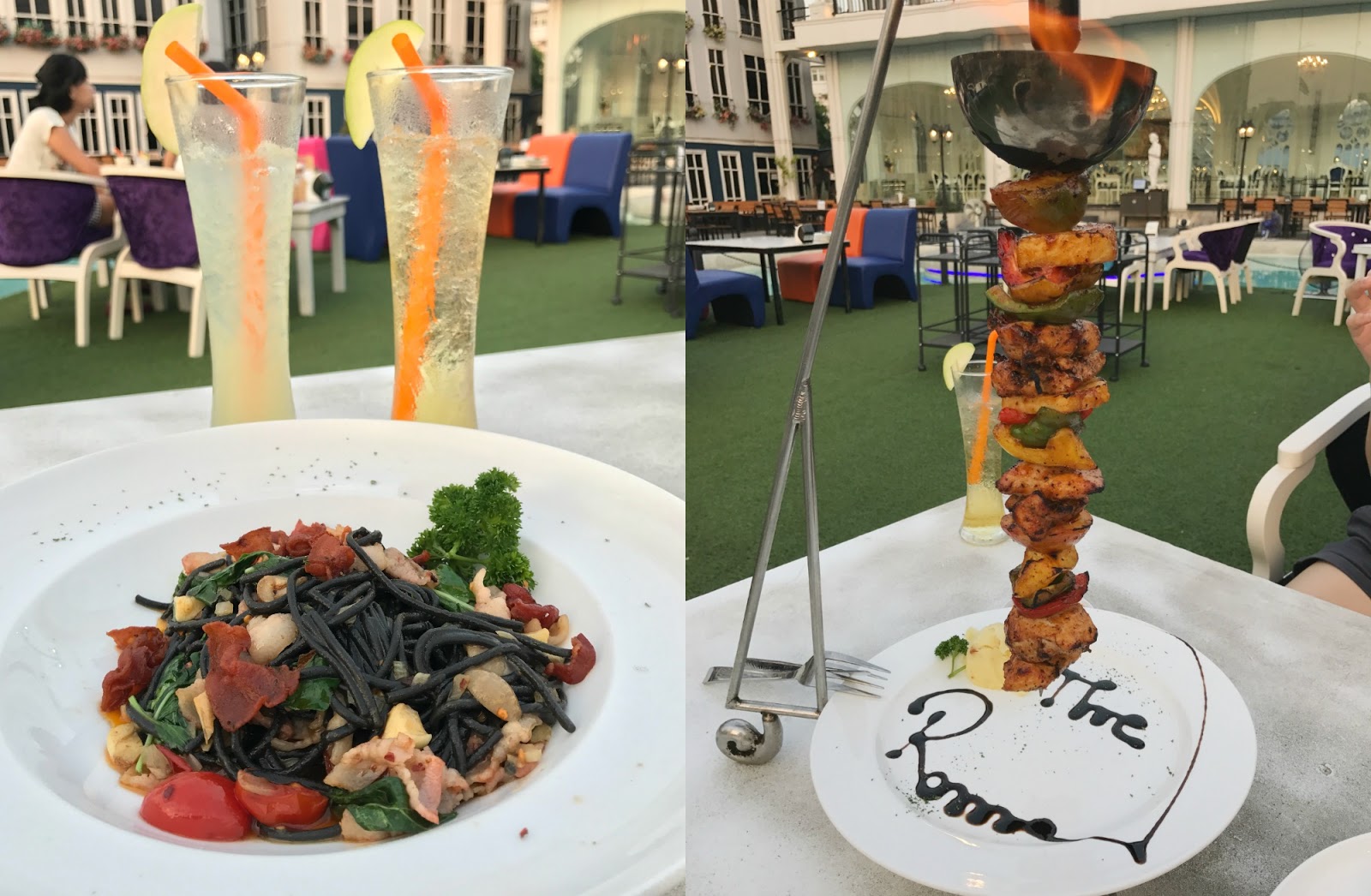 As the name suggests, this restaurant resembles Rome. It has a mock Colloseum, royalty chairs outside the toilet that resembles those sat by Kings and Queen. The toilet interior is well lit and decorated in roman theme. They have indoor and outdoor seating. The outdoor seating boosts an area surrounded by the pool. It was this area that got us attracted to this restaurant. Partake your food in the middle of the “sea” with a nice attractive view of Rome. It’s best to make a reservation early as the middle seats get taken up pretty quickly. It’s quite a drive away from the buzzling city centre. It took us about 45mins by cab but it was well worth the experience. 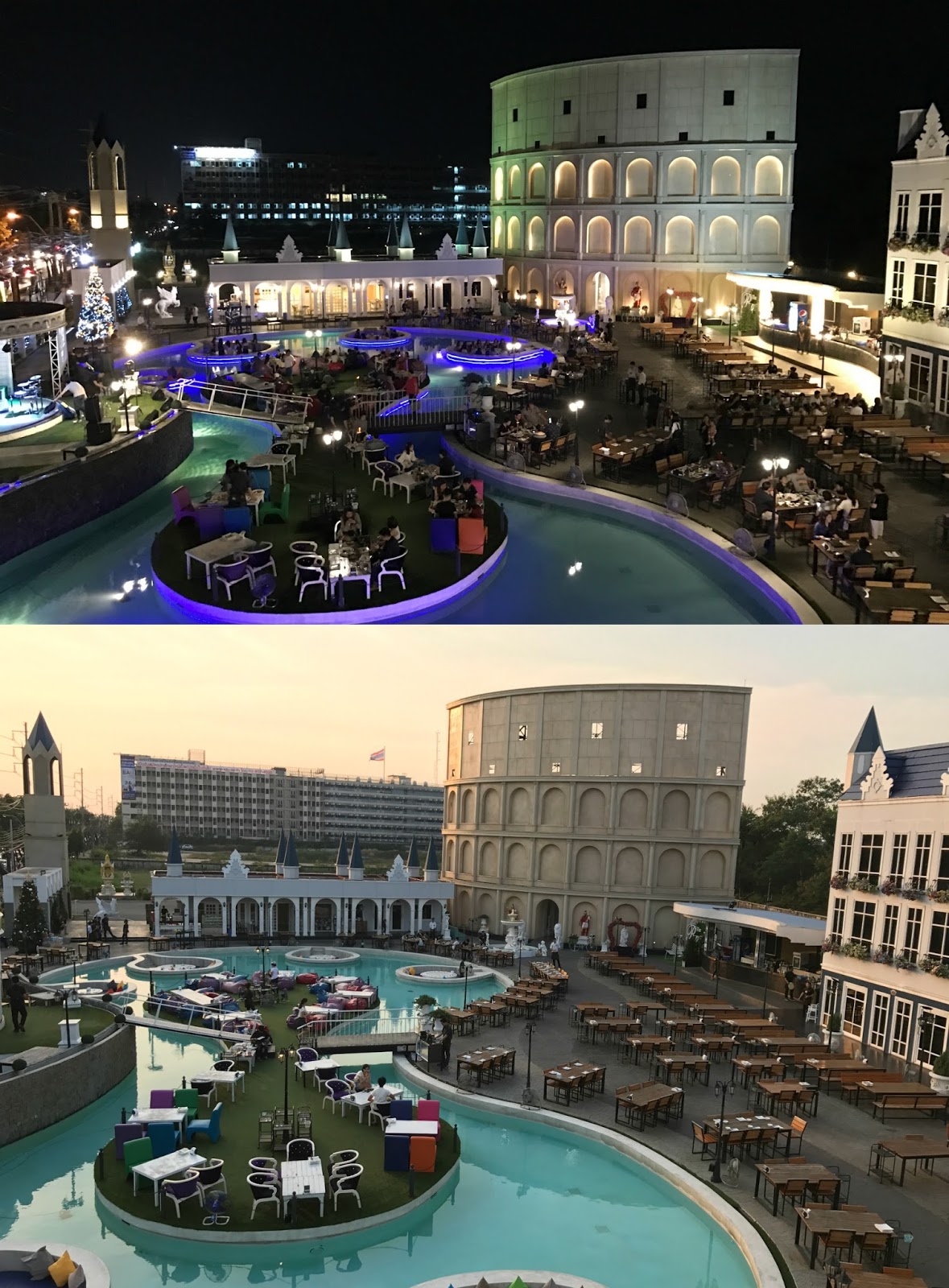 Rome in the evening and Rome before Sunset. Best to go at 5pm to take pictures so you can have the best pictures of both worlds. 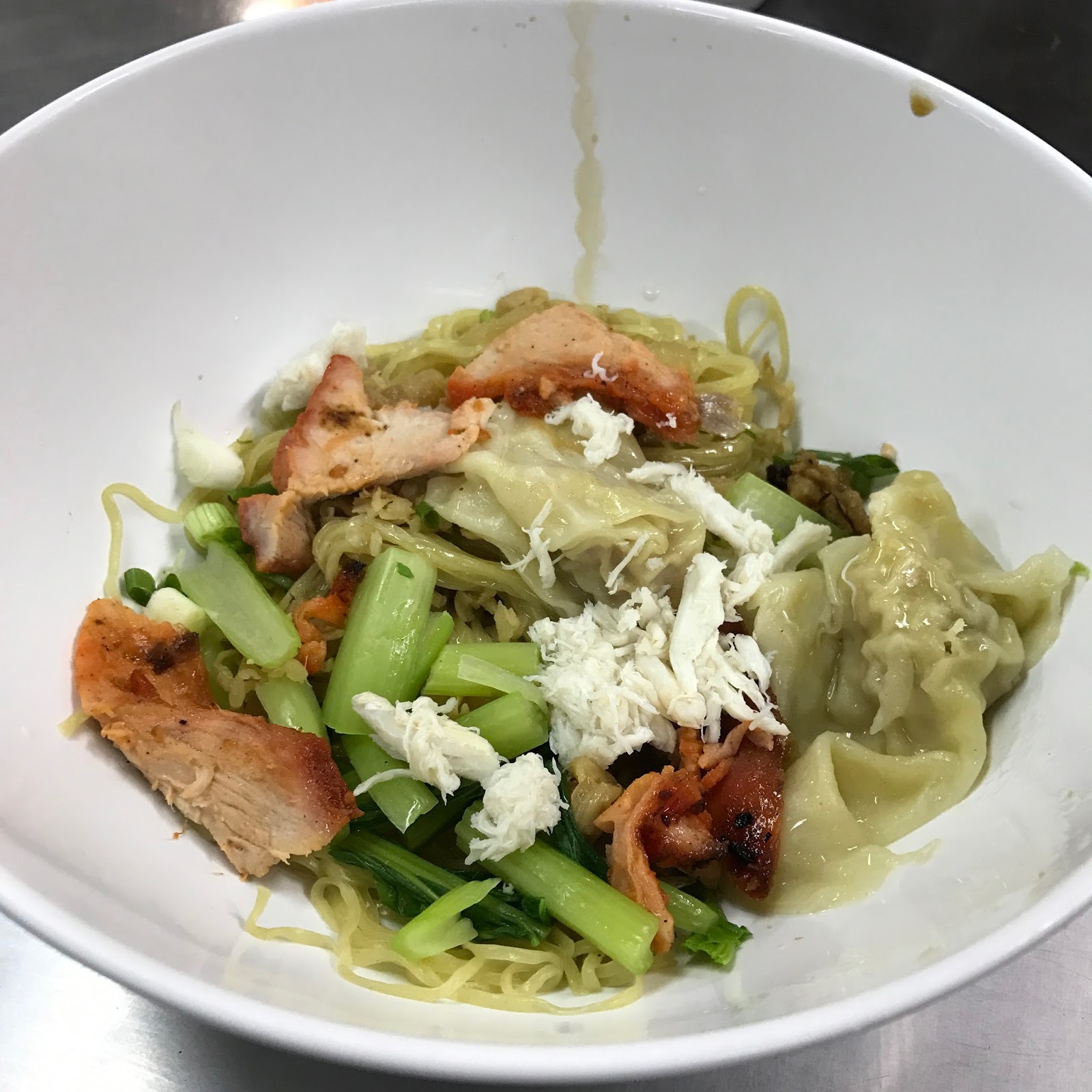 The first time we went to look for this shop, it was closed. The second time, we made sure to come back to try out the wanton noodles that everyone has been talking about.  We went at around 9am and were probably one of the last ones to get a seat in the restaurant! Imagine how many early birds there were before us. And does the restaurant even open at 9am? We expected the food to arrive shortly after ordering but it actually took quite some time. When the food arrived, we were all happy and excited to dig in but after I took my first bite, I was almost utterly disappointed. The noodles were too oily, bowl was loaded with lard and the char siew pieces were miserable. I had so much better wanton noodles elsewhere.

But this is just personal preference. If you like oily noodles, you might want to give this a try and let me know what you think.

Nearest BTS: Chitlom or Siam ( Turn right into alley when you see the overhead bridge) You can easily spot the restaurant by the snakingly long queue. 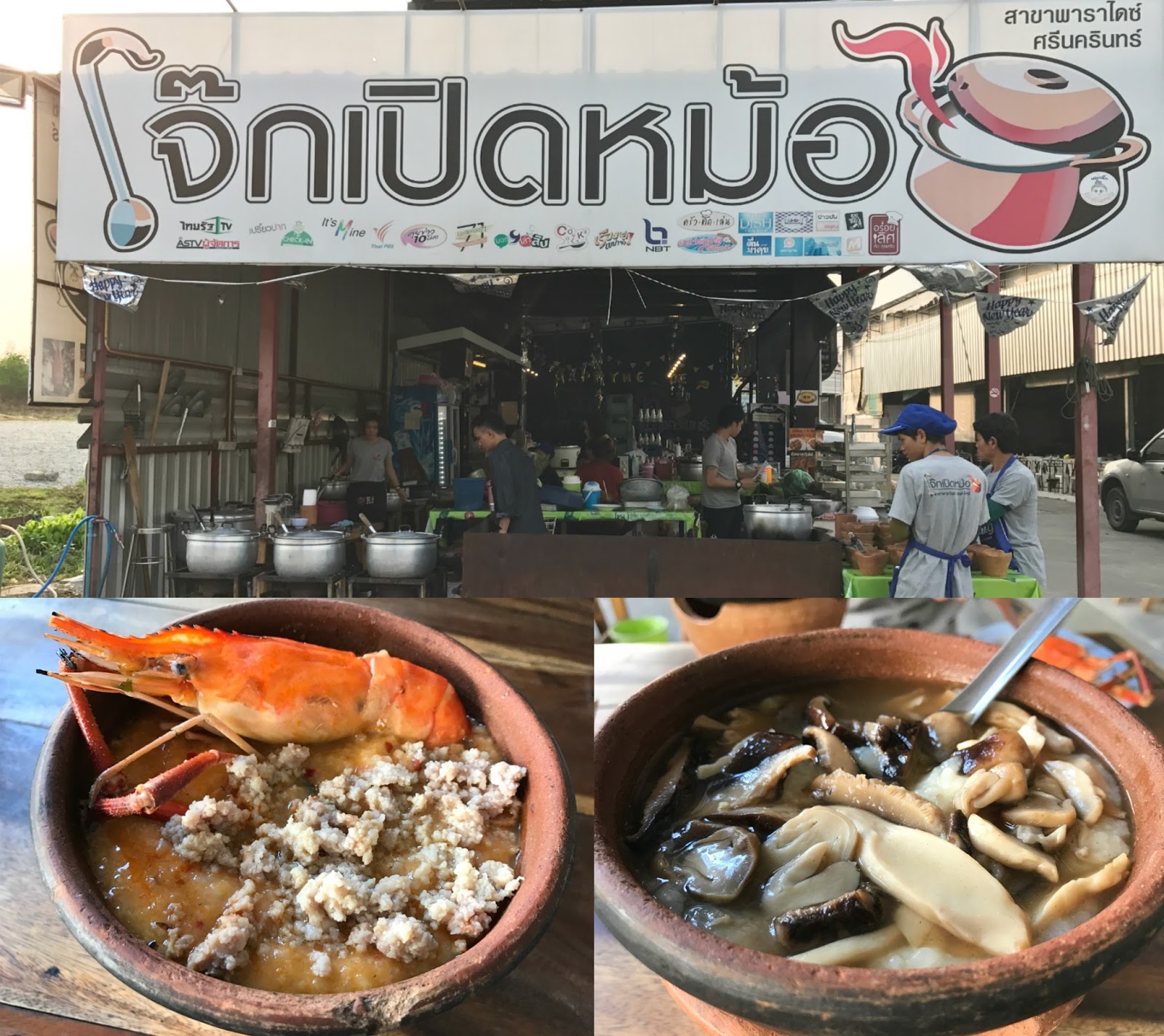 I’m not so much a fan of porridge but this is good. I mean really good. If you like thick and gooey porridge with flavor, this will be so right for you. After reading that the place can get quite crowded in the evening, we decided to make a trip down in the late afternoon. Smart move since we were the first ones there!

They have 3 kinds of porridge base- simple clear, tom yum and super spicy. We tried the river prawn tom yum set and it was so so delicious. The tom yum shined throughout the dish and the river prawn was huge. The super spicy porridge which we decided to pair with mushrooms was really good as well. Only complaint was that it wasn’t spicy enough. When they claim their porridge to be “super spicy”, we were expecting some nose bleeding and watery eyes. They have a lot of ingredients to pair your porridge with so you are basically spoilt for choice!

Opening Hours: 4pm to 12am daily This was the café that got my bf hooked so much that he ate there 4 times in his 3 days stay. I thought he was insane until my recent trip justified his actions. Me and my gf visited that café 3 times. We tried the Shibuya honey toast, Ferrero Rocher toast and cheddar cheese toast. All 3 were good. They prize themselves on their crispy toast and fluffy buttery centre. Eating the toast on its own is good as well but having that together with the 2 generous scoops of ice cream is even better. You can customize the choice of icecream on your toast without additional cost and you can also opt for a regular toast ( for sharing) or a baby toast.  Anyway our favorite was the cheddar cheese toast.  We also tried their shaved ice ( Milo and Horlicks) which was pretty good haha but not as good as the toast. Their Thai milk tea is superb as well.

They have many outlets. Check out their website for store locations: 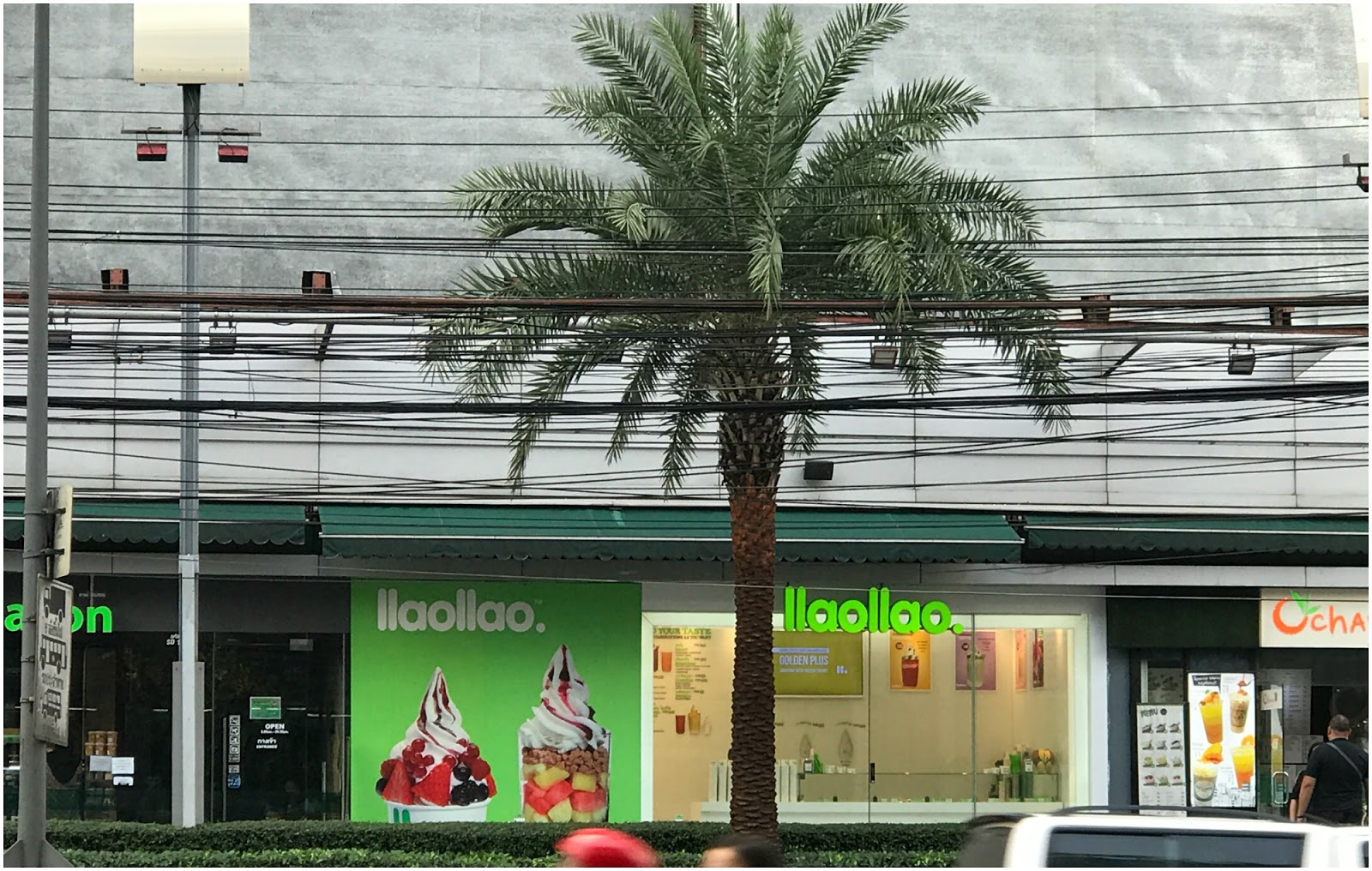 Oh btw for LlaoLlao fans, they opened an outlet in Bangkok and the prices are relatively cheaper than what you have in Singapore. It’s located right outside Platinum mall. Go have your fix if you’re tired of Tom yum goong

Too many crepe shops in Bangkok but I usually go back to the one located at the foodcourt of platinum mall. It’s on the highest level and in the middle of the FC so you won’t miss it. Order the Nutella Banana one. I find their savory ones abit soggy because of the filling but the sweet crepes remain crispy till the last bite. 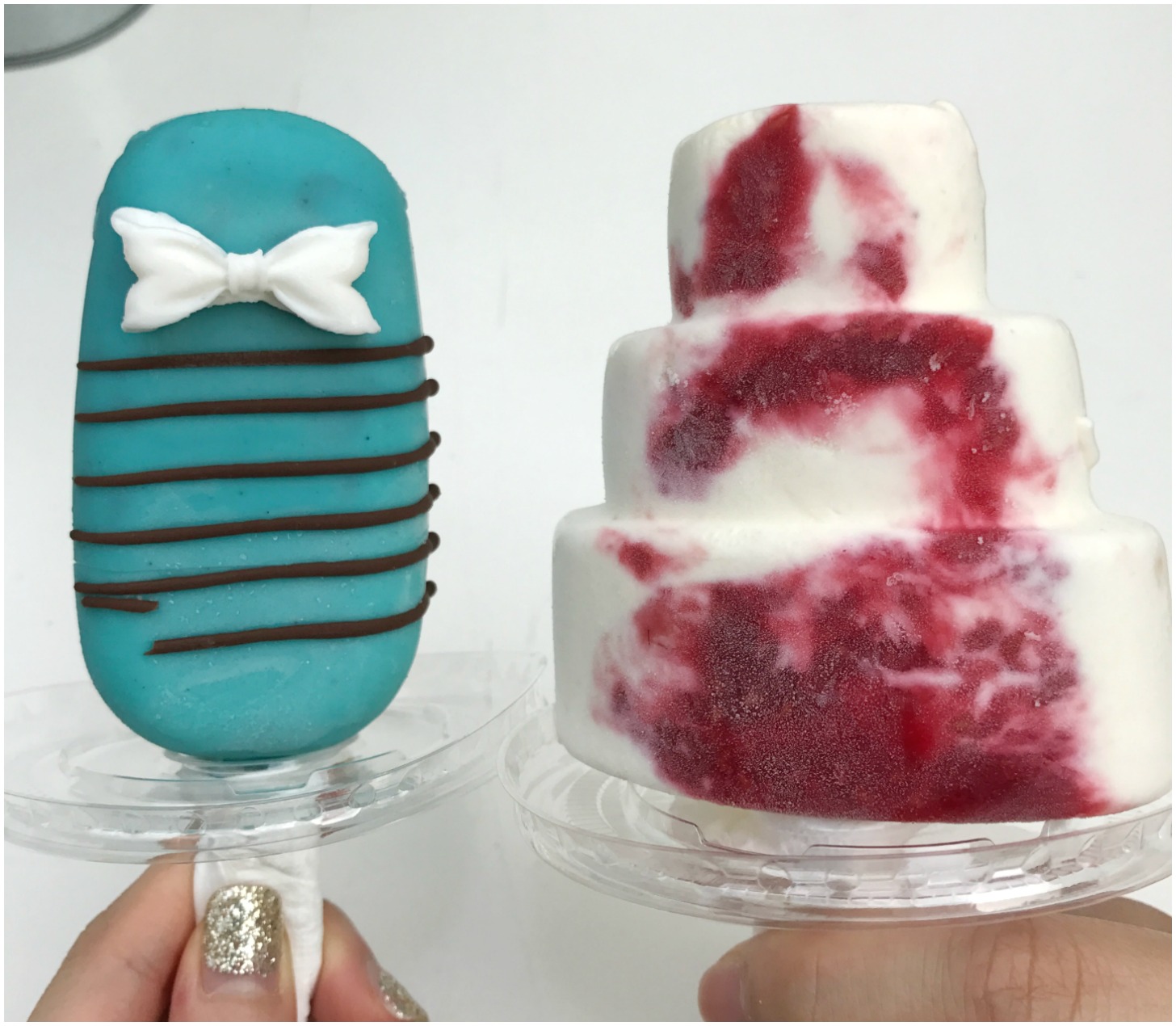 I always discover new interesting finds on my trips. Annette ice cream is one of them. It’s conveniently located right outside Novotel hotel. You can’t miss it if you’re walking from platinum mall to Siam. It’s this ice cream truck that sells all sorts of cute shape popsicles! They have Choc banana, mint, strawberry cheesecake etc. After contemplating, we decided to go for these two since they were the nicest looking haha: strawberry yogurt and mint Choc chip. 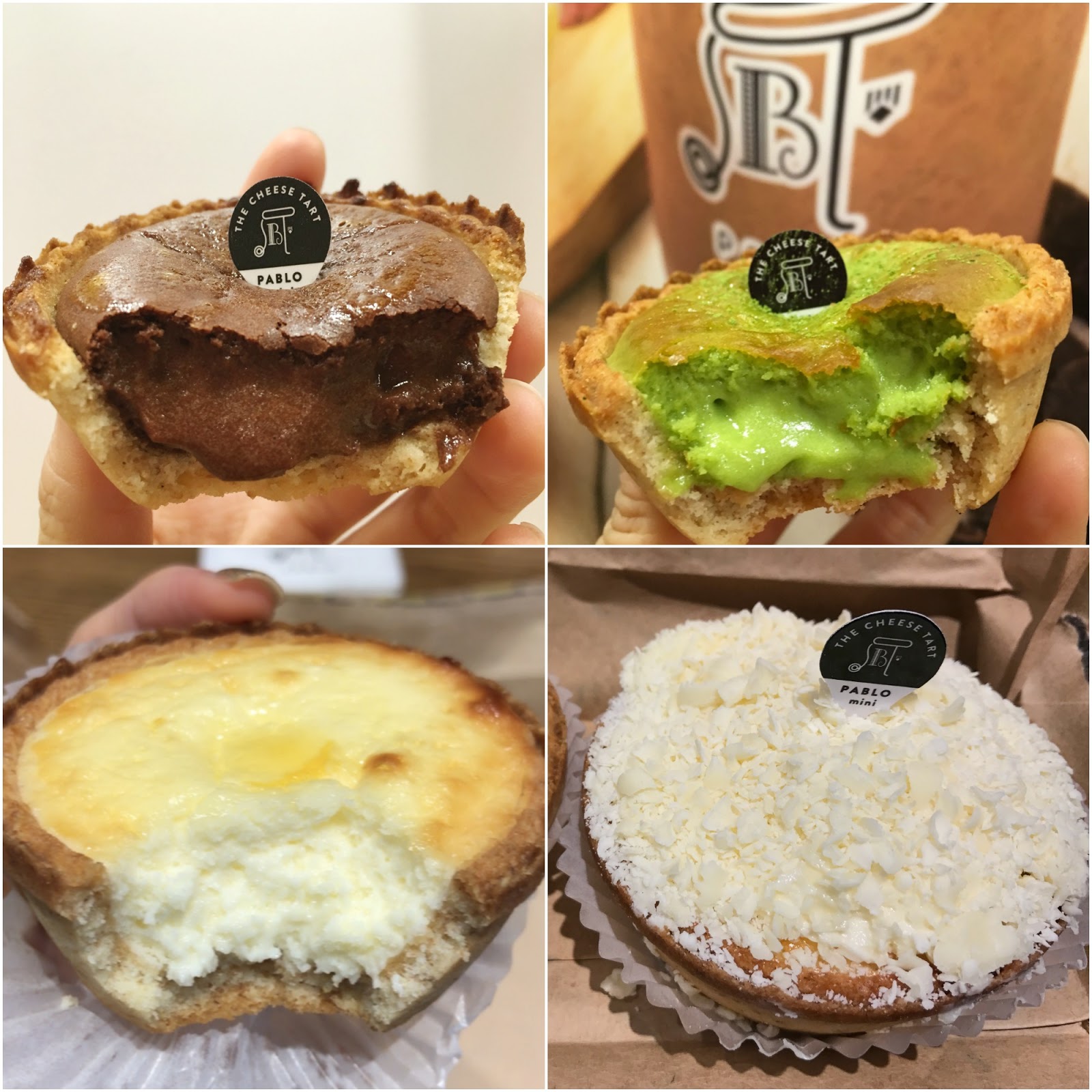 Are you still hard on cheese desserts? Not to worry, there’s PABLO right here in Bangkok! It’s located at the basement of Siam paragon where all the food stalls are. For the fussy eaters, your worries are gone in a split second as you take in the variety of food offered. Tom yum, fusion, western, Thai, fried chicken, Japanese, grilled food and a lot a lot more. The first time I ate there, we had a feast- from tom yum to pad Thai to chicken to pasta and a lot more. Second time, standard seemed to drop a little but still decent. Even if you didn’t manage to dine there, fans will be delighted to know they opened an outlet back home in Singapore 🙂 lol sooner or later, all my Favourite shops will franchise their business to Singapore! Just wait and see.

That’s about all for Bangkok. Definitely there are alot more FOOD places to visit in Bangkok! Shall be updating this space as I make more frequent trips there. Till then people 😉 Do drop me a comment below if you have any other interesting finds or yummy places to recommend!!