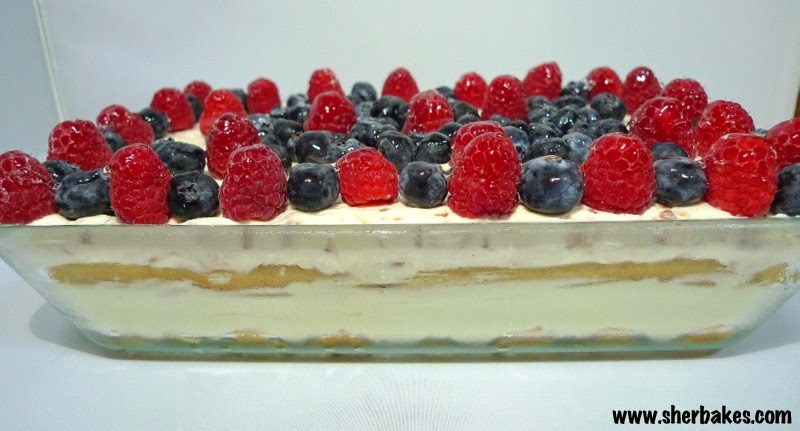 Today, 15th June is a special day to honor all fathers. And like all other occasions relating to my Dad, I will always bake him something that involves cheese and blueberries because that’s what he likes best. So every twice a year, there will always be blueberry or cheesecake up for grabs during these special occasions. 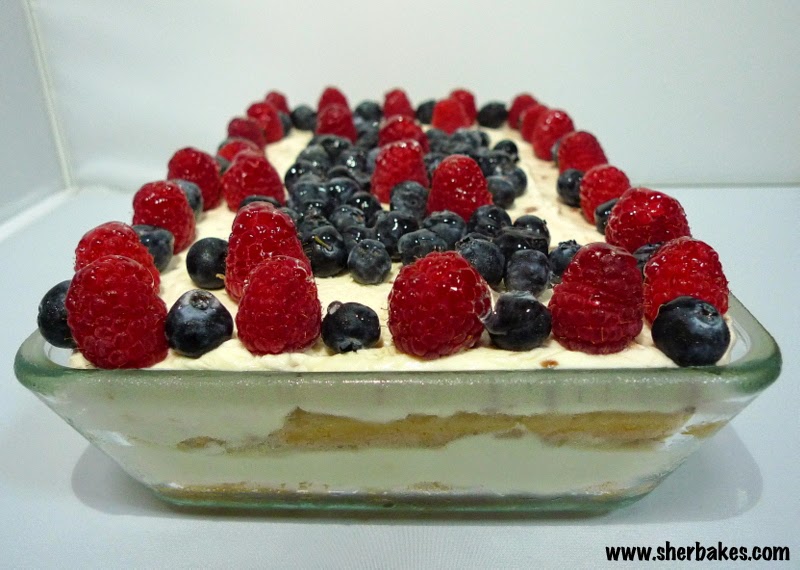 The cheese filling is a chilled rather than baked version. It’s served in my favourite glass casserole- which is often only used to cook good food ( Hahahas) or what I believe would produce delicious food everytime I use it. 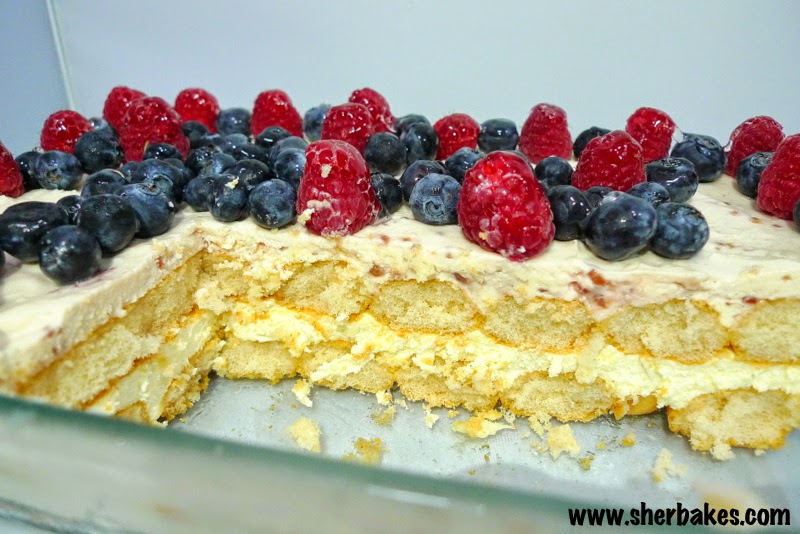 The first layer was a finger sponge cake soaked in a little homemade vanilla bean. The layer that went on top of it was the vanilla chilled cheese. Topping this cheese layer is a second finger sponge soaked vanilla cake and then a repeated layer of cream cheese with a little swirl of raspberry puree.

Captured a picture to show the insides! My family loved it 🙂 This cheese filling holds its shape because of the fair bit of gelatin. If you want it slightly less mousse like, put less gelatin. But for purpose of photo taking and Singapore’s heat, this ratio of gelatin to cream/cheese ratio is just right. Yields enough to cover 2 full layers of above casserole dish

1) Dissolve gelatin in boiling water and set aside to cool a little. It is important not to add this Hot gelatin solution to your creamcheese/cream mixture later on.

2)Whip the cream till it forms peaks.

3) Whip the cream cheese and sugar till well blended. Then add the vanilla bean.

5) Soak Sponge fingers with Homemade vanilla bean extract for a few secs. Lay the sponge fingers at the bottom of the casserole. Make sure all space is filled up

6) Layer with half of creamcheese mixture

9) Top with happy berries 😉 I chose raspberry and blueberries.