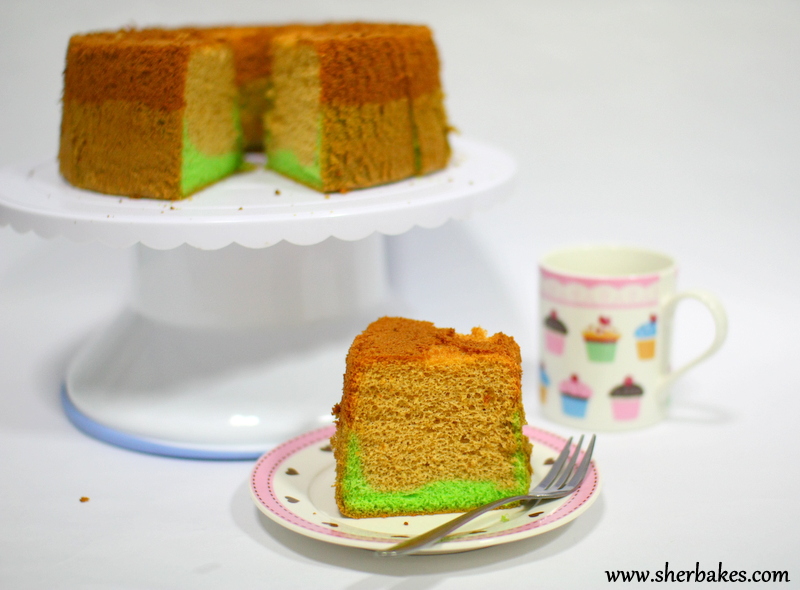 I am back with a new addition to my chiffon cake family again! I drooled at the screenshot of Prive’s pandan gula Melaka cake my aunt sent me on whatsapp. They featured this new cake under the Taste section of Sunday’s newspaper. Without a doubt, I knew I was going to attempt this combination one day. Who knew that day was just a stone throw away.

Thankfully, my aunt gave me some of these Gula Melaka to work with. Yums! 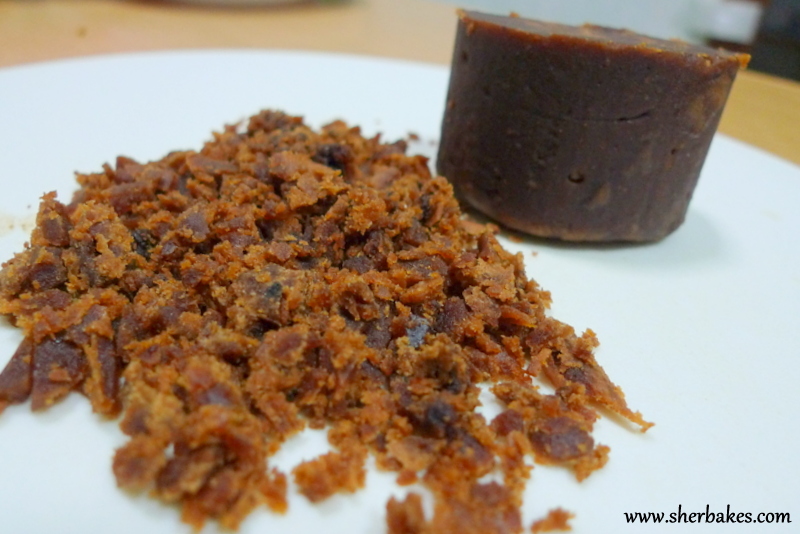 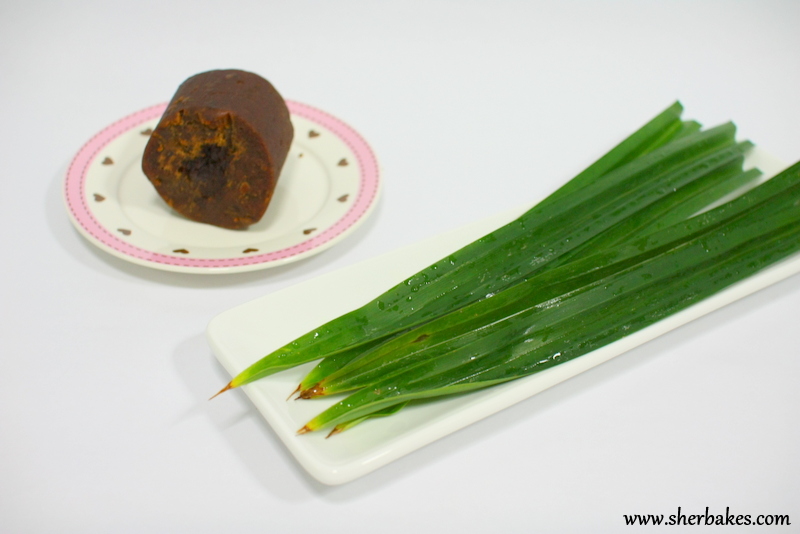 The frequency of making chiffon cakes has increased while the size has decreased. Instead of using the normal 8 eggs recipe, I have comfortably settled at 4 for a decent size cake. At least decent enough to fit the family and fellow friends 🙂 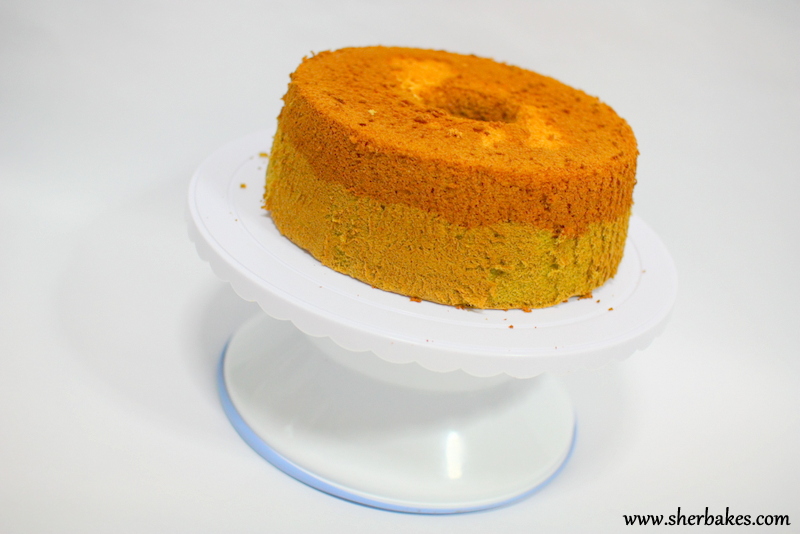 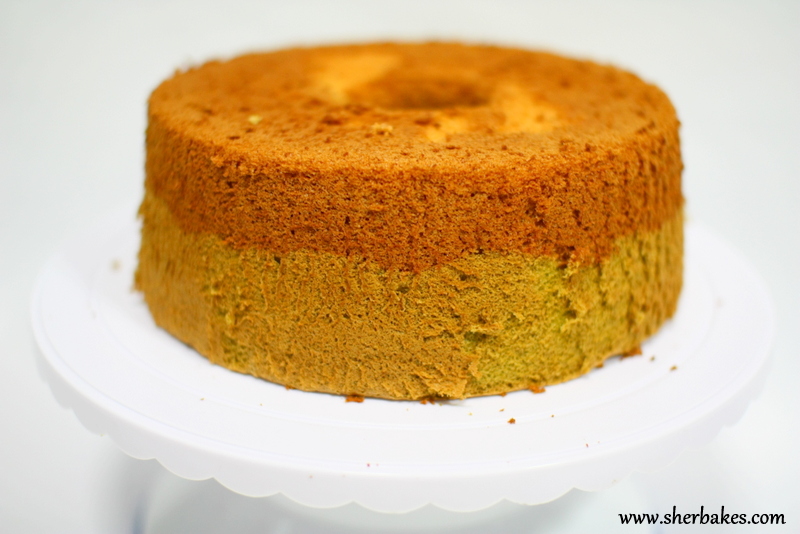 After my unsuccessful attempt of trying to incorporate Gula Chunks + Syrup into my chiffon ( Which failed badly- I will show you pictures in the later parts), I decided to test a 2 batter cake which incorporated the gula and pandan portions separately. 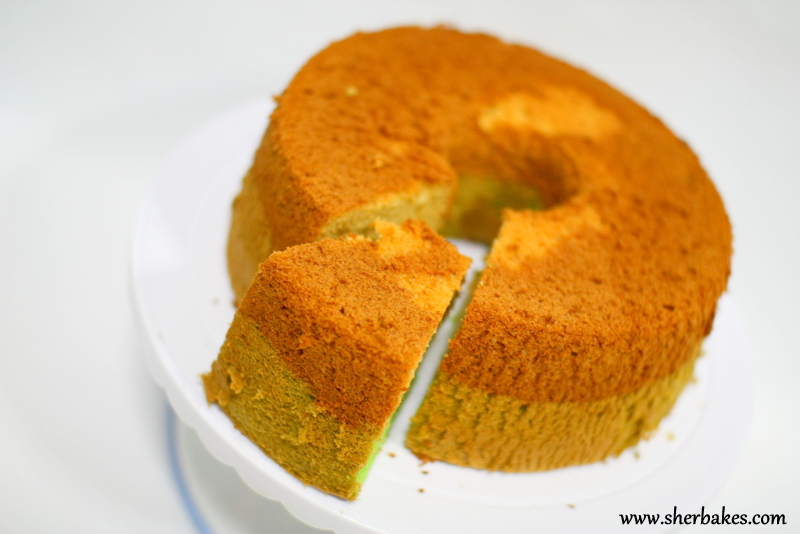 Outcome was (thankfully) a  chiffon cake that rose nicely with pandan as one layer and Gula Melaka as the other layer.  Only problem was I had way more gula batter than pandan which explains the difference in layers below: 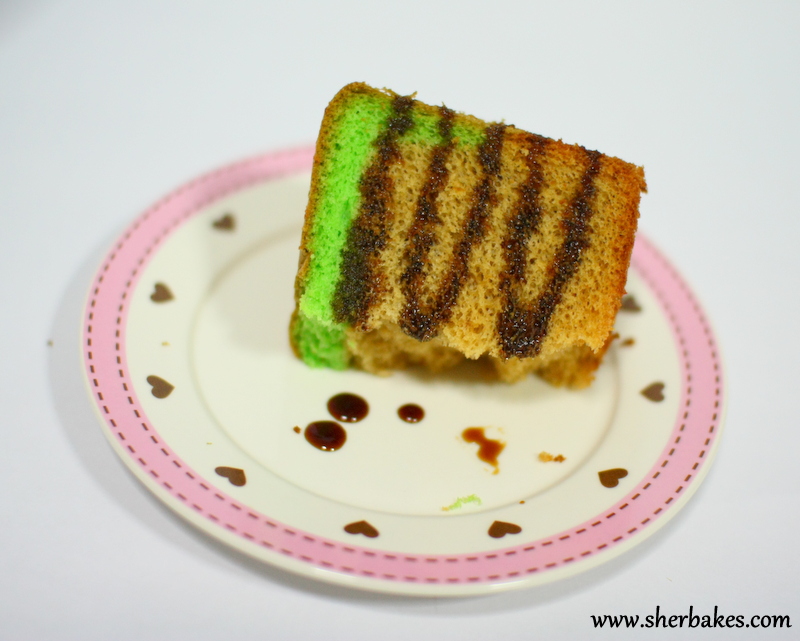 and finally to end off- here’s something to laugh about. My failure Pandan Gula Melaka Chiffon cake on my first attempt (picture below). Thanks to a very greedy me who couldn’t stop myself from adding chunks of gula Melaka and syrup into the batter. Gosh why would I even think of that. (Well, yes I did) 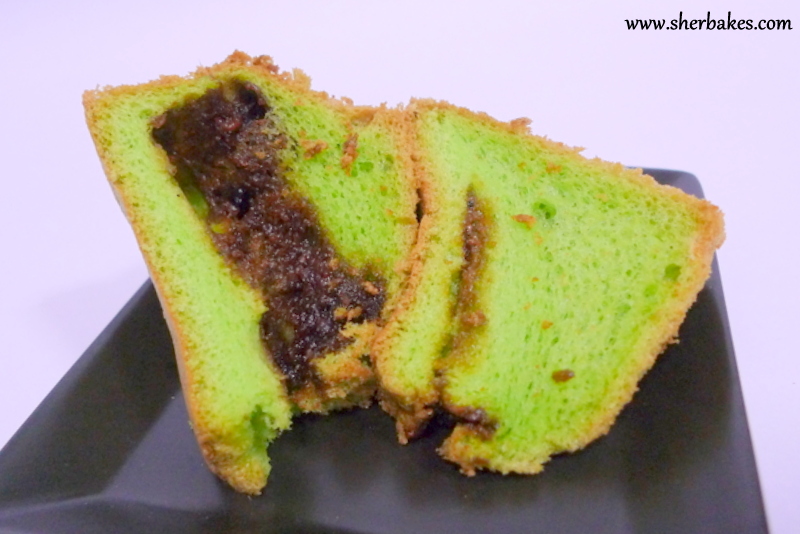 As you can see… The cake collapsed even before I could slice it and there were huge holes in the middle. Though unsightly, friends said it was rather tasty hahs!