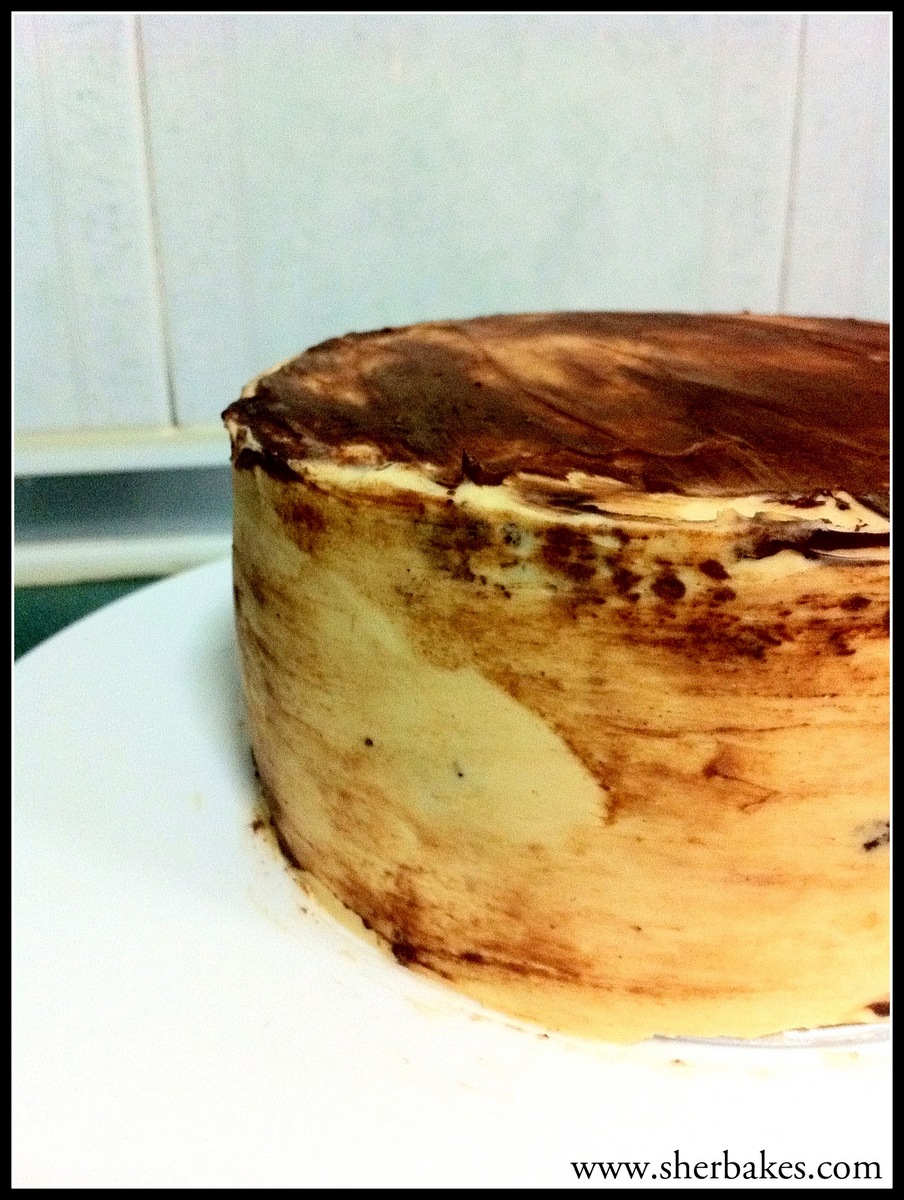 I made a bottle too much of salted caramel while attempting the caramel apple pecan cheesecake pie. Nevertheless, it’s always better to make more than less. Especially for people who like to savor the syrup by the spoonful. 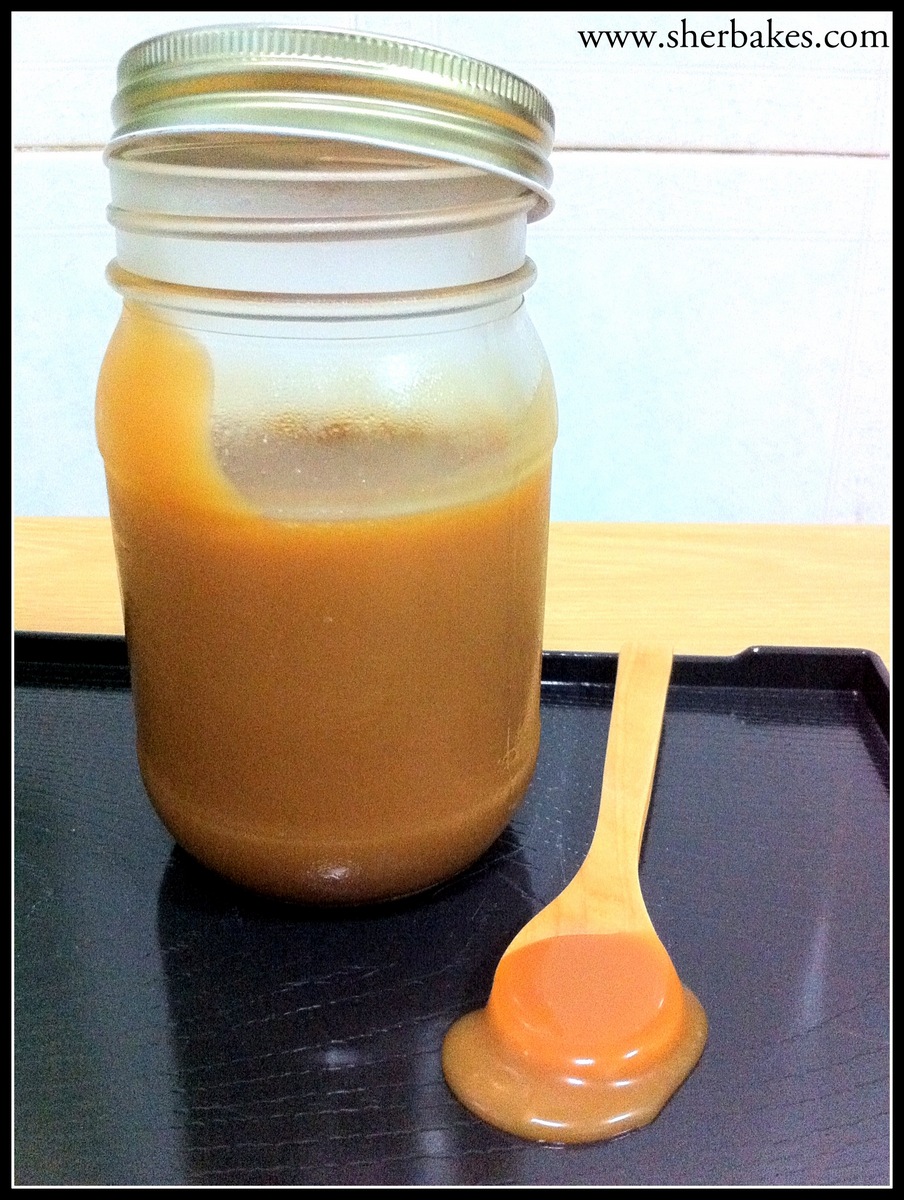 With the remaining salted caramel sauce, I made a swiss meringue caramel buttercream to pair with my fudge cake. It was a simple 3 layer fudge cake with light caramel buttercream inbetween the layers and some cookie crumbles. I initially wanted to pipe some chocolate lines on the outside of the creamed cake but somehow it was disastrous! The lines were uneven, too thin, chocolate was not as flowy as I wanted it to be. And it was just wrong, plain wrong. Everything that could go wrong, went wrong! 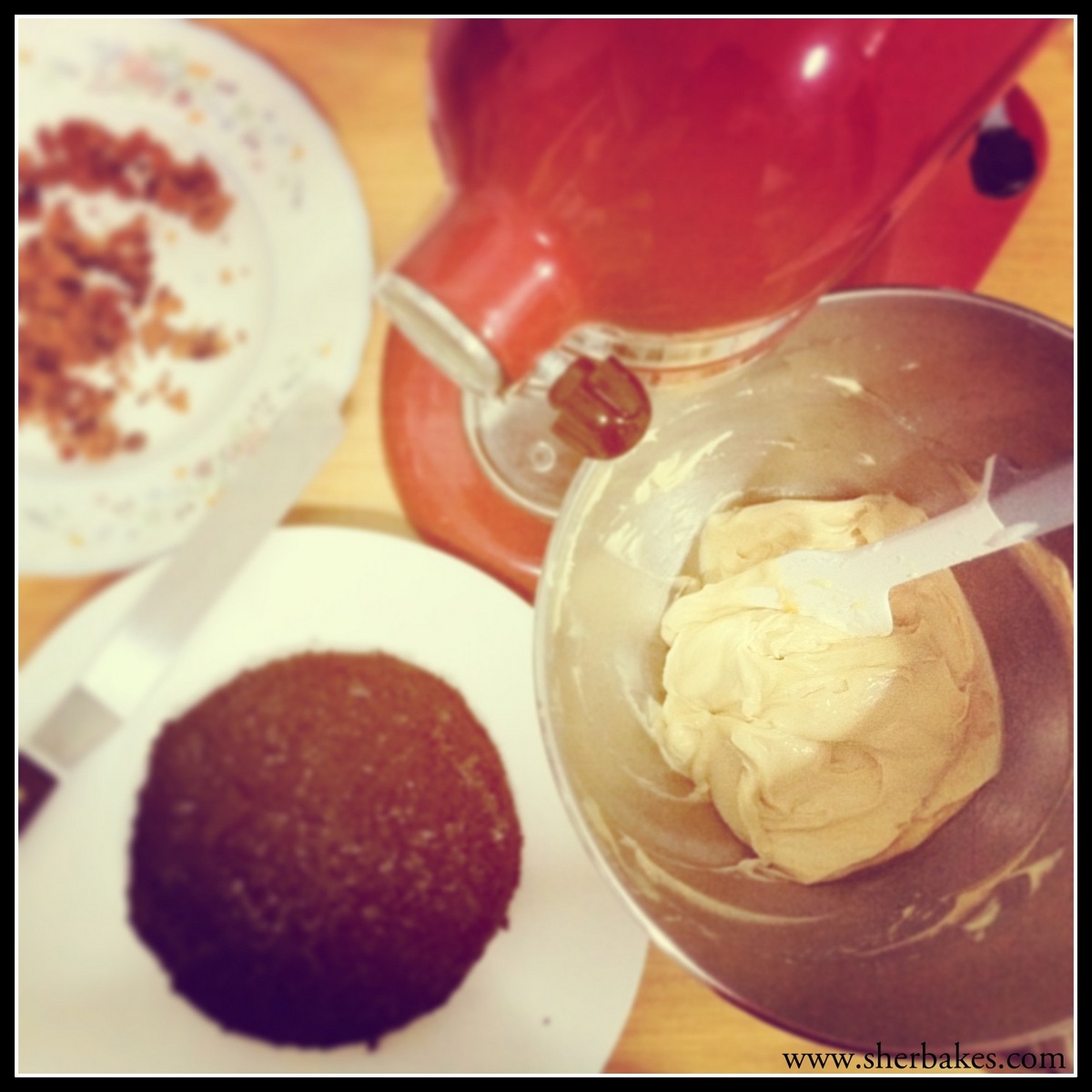 So I stuck the cake into the fridge and prayed that some miracle would happen but every single time I opened the fridge, that unsightly cake stayed as if to daunt me. I had to do something quickly….  I smeared a hot knife across the set buttercream to salvage it and my it looks worlds apart from before. 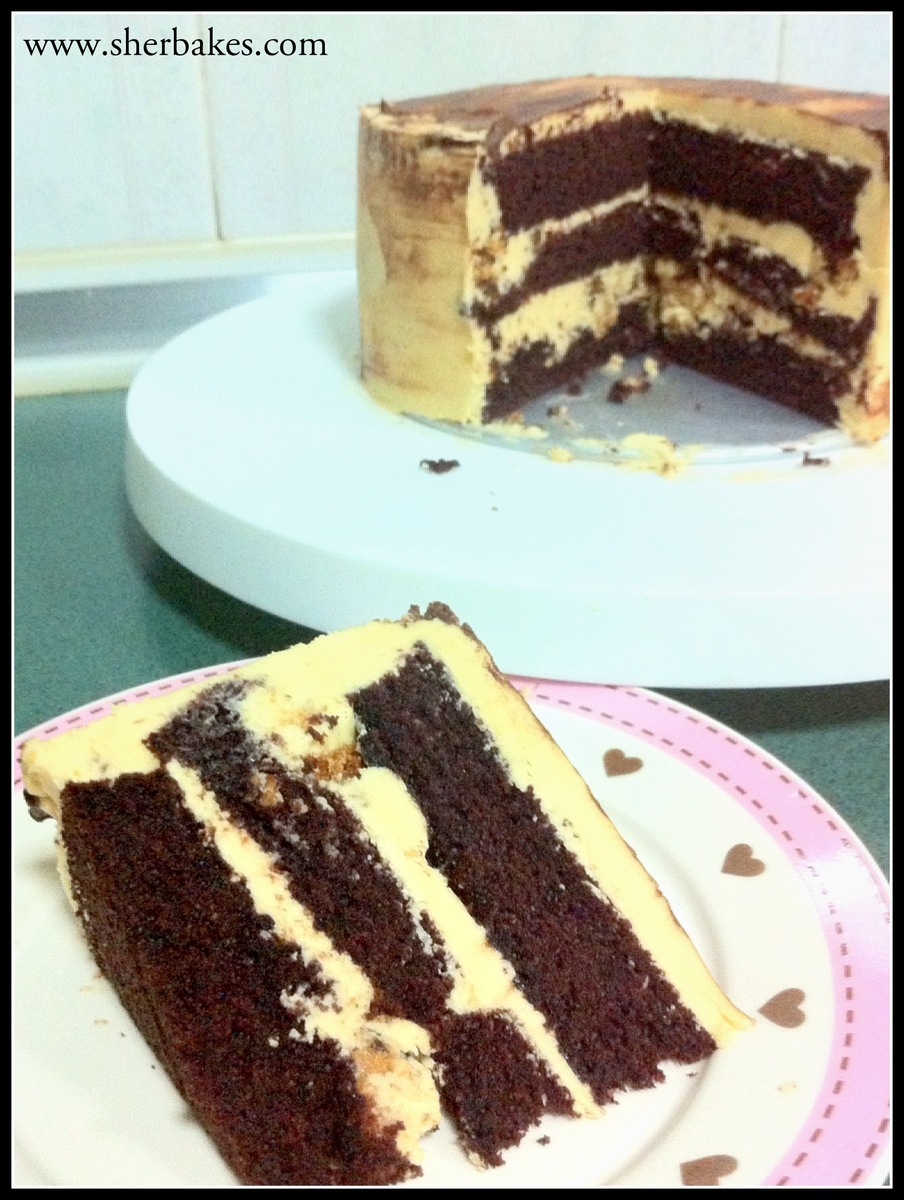 At least it looks more arty ( If you put it that way) that blotchy. and it certainly taste good 😉 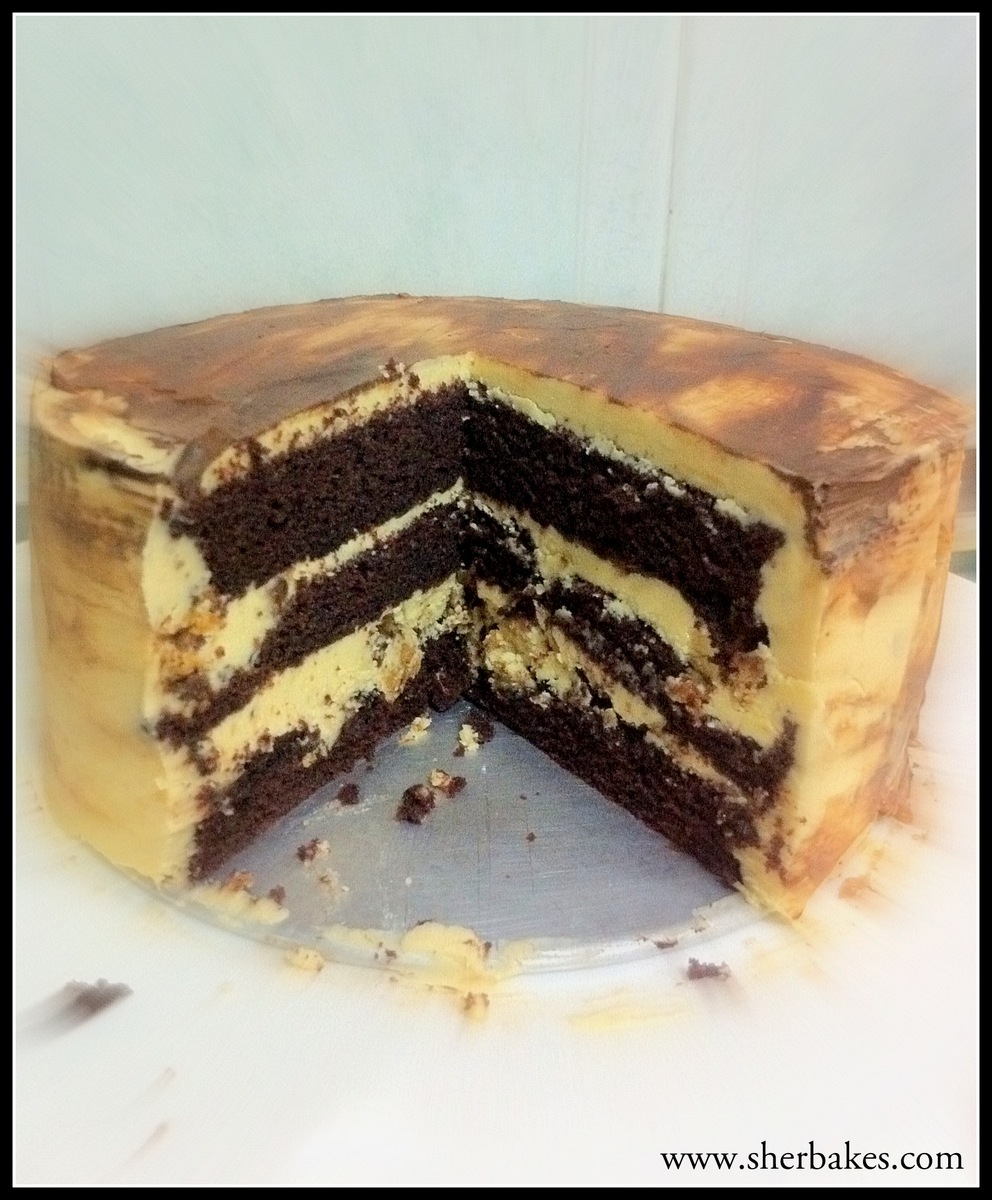