Please tell me you have caught Pixar’s movie Up already. If not, you certainly must! There was a point in time where I just refused to watch Disney movies in the theatres as I thought it was a waste of money! They usually take up only 80-100 min of air time for the same amount you pay for say an action movie which last over 120mins. But over the years, Disney has done a splendid job for all the animated films it has released and I have been a convert ever since! I’ll recommend Up. No surprise why their ratings were up up up.

The movie started off with a very loving couple who loved adventure and it was their dream to visit this lost paradise and then suddenly the wife died, the audience were in tears and the widower was left to seek his own adventure but it was his determination to fulfill his wife wishes of planting the house next to this lost paradise that was extremely touching. This is when the iconic balloons attached to the house come in. Aim was to fly the house to this magical “spot”. There was of course this little chubby boy that comes along the way to lighten the story up, after all it’s a cartoon so the audience can’t be made weeping all the way. Hah that’s Disney for you!

Here’s a cake made with the theme of the movie in mind for a 2 year old boy that loves the chubby explorer boy and balloons in the movie. 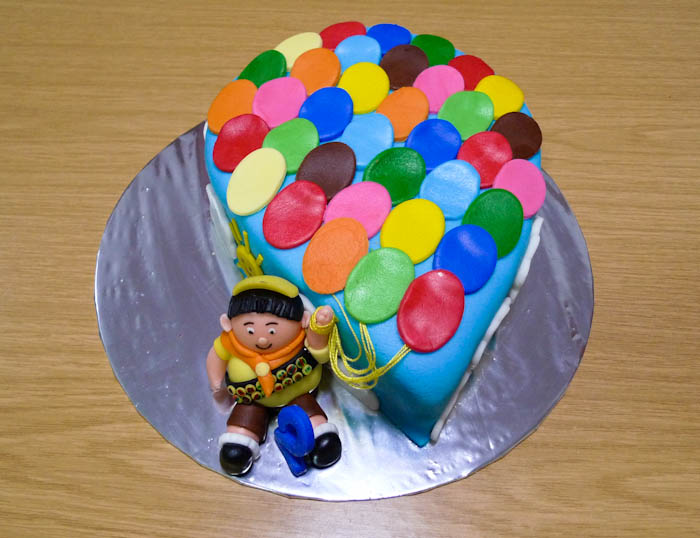